Founder, ZEN4K9S Behavioral Recovery Center and Beyond the Dog

Linn Boyke began his work with dogs in 1997, after the tragic loss of his dog Ginger fueled his desire to help other dogs. He started with a dog walking business and later, began offering private lessons of training in obedience. Linn quickly found that traditional methods of training had little effect on his clients' dog behavioral issues. He wanted to provide the help they needed and began searching for answers to the concerns they had about their dogs. When he failed to find this information, Linn became very frustrated. It became clear to...
Read more >>

Linn that his emotions had a dramatic effect on the dogs, which caused their behaviors to escalate. He nearly gave up all together before finally hearing about a man people were calling the "Dog Whisperer", Cesar Millan. After spending only a few minutes with Cesar, Linn knew that he was in the right place to get the information that he sought. With Cesar's guidance and consistent invitation to be in the present moment, Cesar helped Linn to discover that he already had the answers. It clearly was not a dog issue, but a lack of communication.

In 2004, Cesar's life changed forever when National Geographic Channel picked up his show, "Dog Whisperer", that quickly caught the world's attention. Soon after, Cesar was informed that his busy schedule would not allow time to provide private consultations and rehabilitation. Cesar's "Ripple Effect" then changed Linn's life forever too. For the next three years, all calls to Cesar's Dog Psychology Center for consultations and rehabilitation were referred to Linn. Linn was extremely honored to be asked to continue teaching Cesar's philosophy.

Many lives have been changed after meeting and working with Linn. Clients have driven from all over California and from as far away as Connecticut, Oregon, New Mexico, Arizona, Texas, Las Vegas, Montana, Michigan, Arkansas, and Washington to have consultations with him. Linn will always be grateful to Cesar for showing him what is possible through self-awareness. Cesar is his greatest role model. Linn has also spent time with three greats in the dog world: Martin Deeley, Mark Goldberg and Robin MacFarlane, learning their unique methods of using the remote training collar. Linn is very proud to be a professional level member of International Association of Canine Professionals (IACP).

Although Linn was trained directly by Cesar, he has developed many ideas and techniques that he has combined to create his own philosophy. He is teaching these methods to hand-picked applicants from around the world at his School of Dog Psychology in the LA area. Linn is dedicated to educating as many people as possible to help them better understand how dogs communicate and how to provide for them. 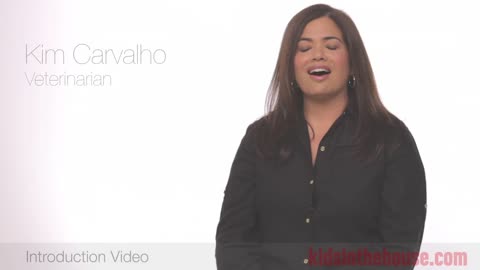